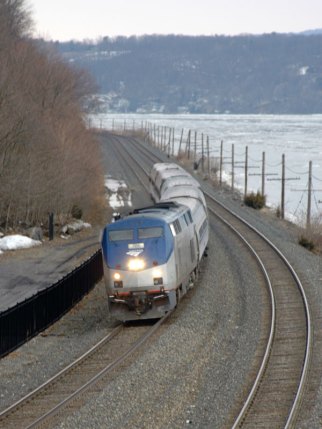 A northbound Amtrak train rolls into the station at Rhinecliff, NY behind P32AC-DM #706

On March 7, 2009 we spent the day around the Hudson River. It was a mostly disappointing expedition considering how much driving was necessary, however I did get some decent shots at the Rhinecliff, NY station. As I recall, it wasn’t actually that cold while we were there, but it did rain a bit and there was a lot of ice on the river. 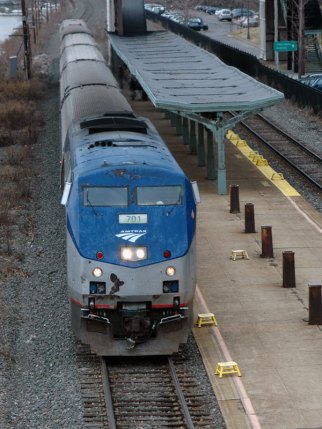 A southbound train halts at the Rhinecliff station for a brief stop.

A closeup of P32AC-DM #701 looking rather the worse for wear. 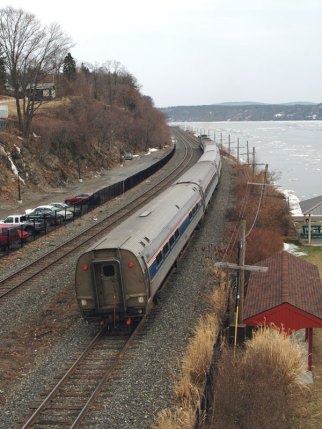 #701 accelerates its train out of the station heading south to the city.