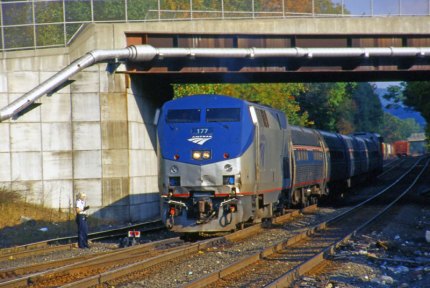 Dearest readers. I apologize. It has been an unimaginably huge expanse of time since I wrote anything here. Never fear though, I am still alive, still chasing trains when I should probably be chasing girls. At the moment I am comfortable ensconced at the Lady Killigrew in Montague, MA downing 12.7 fl. oz. of Saison Dupont. Apparently it takes imported alcohol to motivate me into writing. I suppose that is the price I must pay. 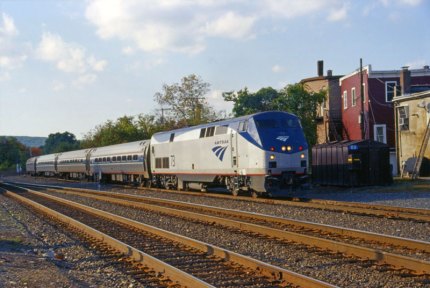 Lurching into the sunset, the Vermonter hustles north to Vermont.

So, here’s the deal. That basement I mentioned in my last post? After 6 months of Saturdays we finally finished it. Photo’s can be found somewhere on the internet. Tom (the owner of said basement) sent me a link but I have misplaced it. Anyway, I’m 99% certain that it’s the nicest layout room on the planet, or at the very least, the nicest layout room in northern Connecticut. The layout lighting (20 some fixtures rocking a total of 40 T-12 fluorescents: were there not a roof on the house it could be seen from space) is in place and fully wired. This Saturday we will begin the benchwork. 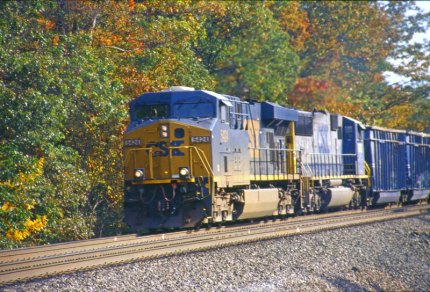 A northbound CSX train arriving at (or leaving from, depending on where I was standing) Selkirk Yard in New York on October 17, 2008

As you may have guessed by now, I didn’t spend a lot of time trackside this past fall, which was unfortunate. However,  I think the experience I’m getting from helping with this layout will be worth it once I have the space and money to build one of my own. Despite all the work, I did manage to get out once, in March. I went to Palmer, but haven’t had a chance to go through those photo’s yet. Seeing as how the one’s I’m posting now have been sitting in my laptop for the better part of a year and a half, you will probably be seeing the latest pics sometime in late 2011 or early 2012. 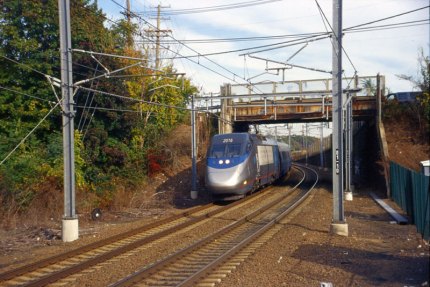 An Amtrak Acela negotiates the curves at Old Saybrook, CT on October 24, 2008

These photo’s were all taken in the Fall of 2008, a very lucrative time trackside for me.  In October, for example, I was out almost every weekend. The weather was superb and the trains were plentiful. Fall in general is a good time to be a railfan and I think I did a fair to good job of recording it. 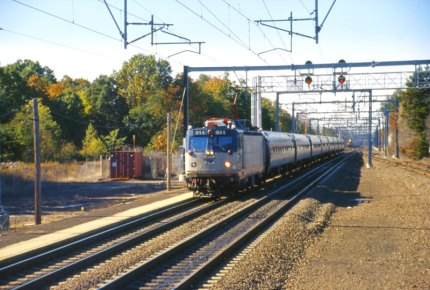 An Amtrak regional approaches the platform at Branford, CT on October 24, 2008

For spending only one day on the corridor, we caught quite the array of trains, from Acela’s to Regionals, to commuters. Even a few freights… 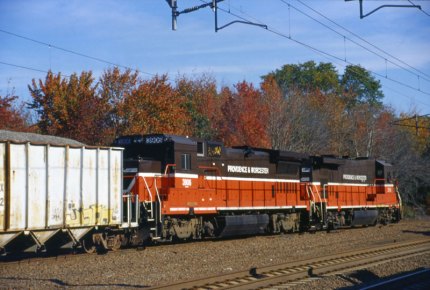 … like this one. My first P&W train on P&W rails (I’ve seen their power a few times on Guilford on the point of Mt. Tom coal trains, but this was the first “real” P&W train I’ve seen. I like them, they take 20+ year old GE trash, repair it, paint it, maintain it and run quite the classy operation with it. That makes me happy. That’s how I would run a railroad if I had a railroad to run. 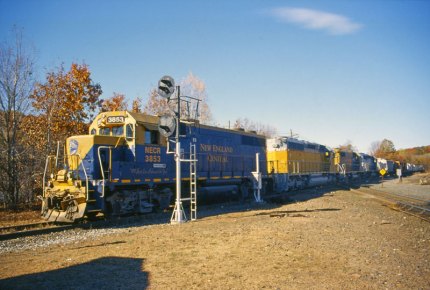 Early on All Hallows Eve, a brace of NECR EMDS chug into Palmer yard with a train from Vermont.

Since I don’t really think it’s appropriate for a 25 year old to be knocking on strangers doors asking for candy, I spent my Halloween trackside. Starting at Palmer, I believe we eventually headed north to East Deerfield, and even ended up going waaaay west to try and catch some Guilford action in the Berks. We did see something (NS power on a coaler I think) but by the time it reached us in Shelbourne Falls the sun was well below the horizon, I didn’t have a flash, one of our party was blind ’cause he refuses to wear his glasses, and the other might have gotten some good shots but if he did, he hasn’t shared them with me, which probably means he failed as well. 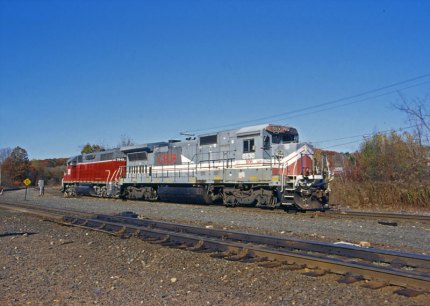 Palmer was pleasant though. It was nearly deserted, and as you can see, the weather was nice. 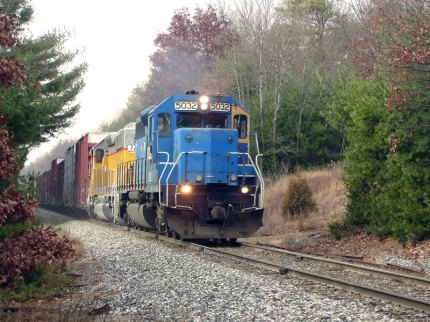 A southbound NECR freight charges into Belchertown on a slightly overcast Nov. 28, 2008 after being held for awhile in Amherst while awaiting the arrival of Amtraks Vermonter

Seeing as how I was turning 26 on Nov. 29th, a little railfan excursion was deemed necessary.  One of the best things about having a birthday is that people will generally let you do what you want on or around that day, even if what you like to do is absurd and slightly socially unacceptable. You know, something like spending a day wasting precious gasoline to breath in creosote and diesel fumes while tons of steel scream by you at a breathtaking speed (for the sort of trackwork they have in New England) of 25 miles per hour, held to the rails by nothing more than gravity and an inch or so of flange. Nothing is better in my opinion. I plan to spend many a birthday doing just that. Well, my beer is almost all inside of me. There’s just an ounce or so left. The bar is closing down and I think it’s about time I go to bed (or at least hit the head).