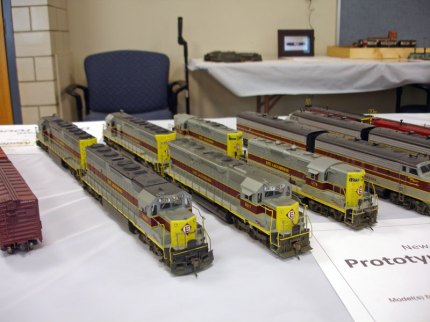 Well it is, er.. was, that time of year again. The New England / Northeast Prototype Modelers Meet has come and gone, seemingly without a hitch, and with lots of excellent modeling on display. 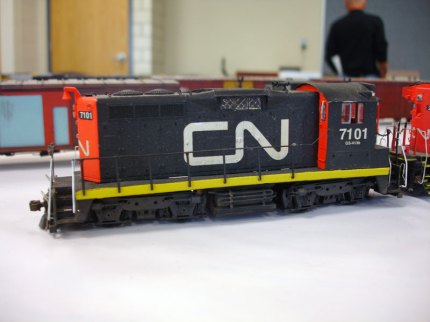 I arrived pretty late on Friday due to a lack of sleep the night before, so I missed the unveiling of Atlas’ new masterpiece (which I’m sure you’ve all seen by now), but I took a good look at it once I arrived. It’ll make for a very nice RTR locomotive, but like all other RTR products, doesn’t hold up to the Railflyer offering. Which is fine, it’s a different market, for different types of modelers, part of me wonders if this release will cut into Railflyers sales, but I’m fairly certain that the folks who would purchase the Atlas unit, wouldn’t have bought Railflyers and vice-versa. 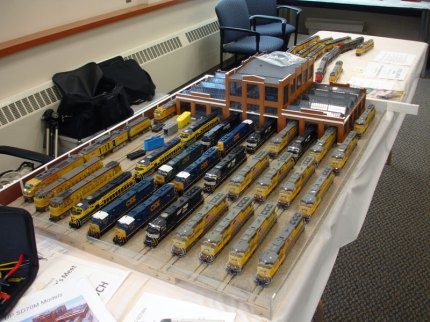 There were a lot of clinics offered, but I only went to three, my own, on the Seattle and North Coast (which I’ll be uploading to this site eventually), Alex Conta’s presentation on the EMD SD70’s (you can see a sampling of his models above), and Mike Confalone’s regarding his Woodsville Terminal Railroad, an excellent proto-freelance railroad you’ve probably seen before. 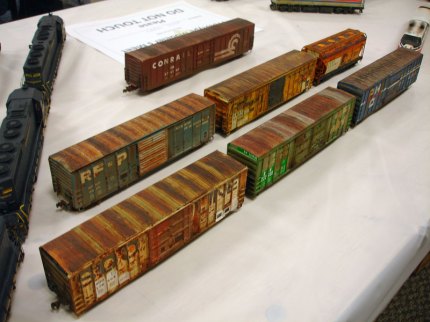 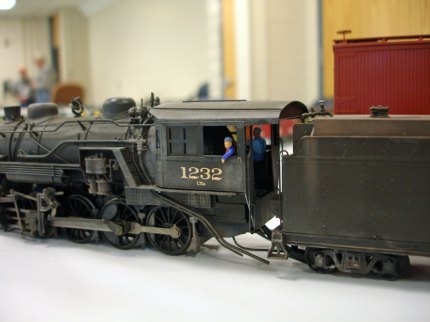 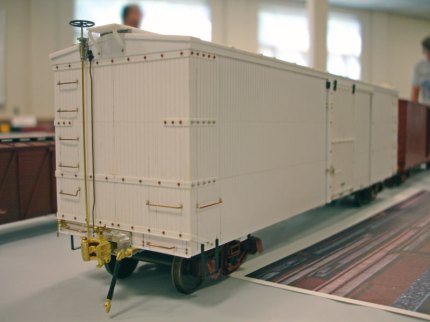 I was pleased to see that Eric had finally finished his C5a, it looks great. As it turns out, I’ve been seeing this locomotive at the show for three years now, and have only just realized that its prototype was the longtime Milwaukee power on the Olympic Peninsula branch. I even have a photo of it and had been wondering how exactly to go about building it. Eric also has apparently defected to O scale. He had two Milwaukee boxcars on display, one was a kit (can’t remember whose though) and the other was scratchbuilt. 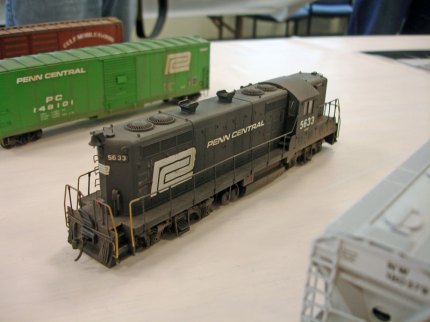 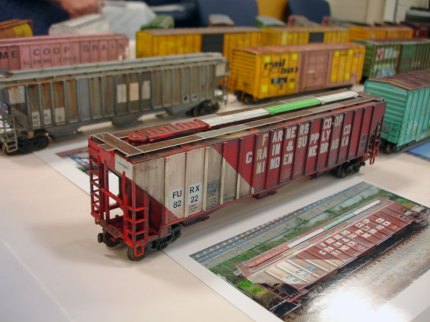 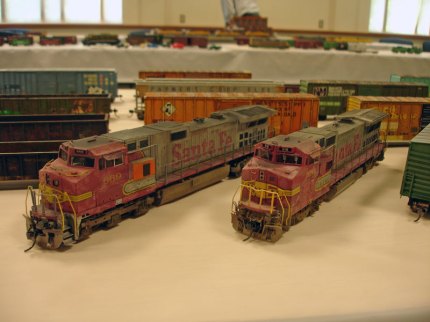 Two of Butch Eyler’s beautifully faded warbonnets (exactly the way they should be :-).

If you remember my post from last years meet, Butch Eyler had a nicely done boxcar. This year he had lots of models, all weathered and detailed to the point one felt genuinely sorry for them. I know they were realistic because they were all sitting on top of prototype photo’s. 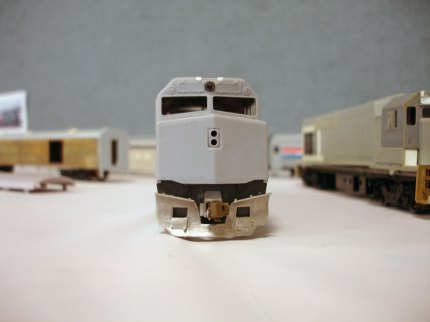 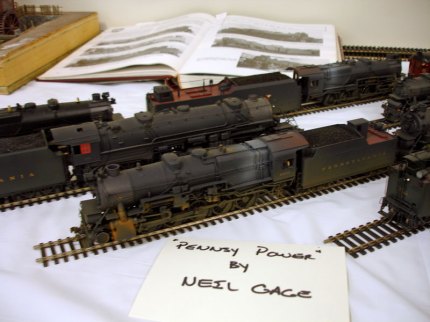 An assortment of Pennsy steam power by Neil Gage. 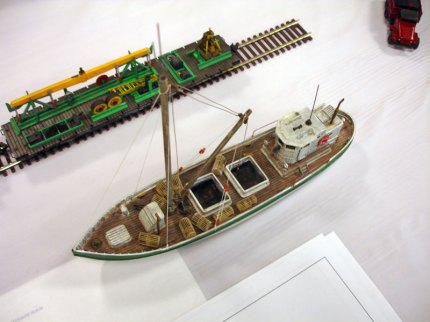 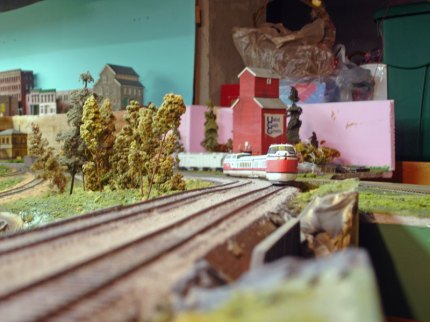 This year I visited 2 layouts (as opposed to 1 last year). The first was Fran Richards, where Tom Murray gave me the throttle for his Turbo Train, so’s I could take it for a spin. 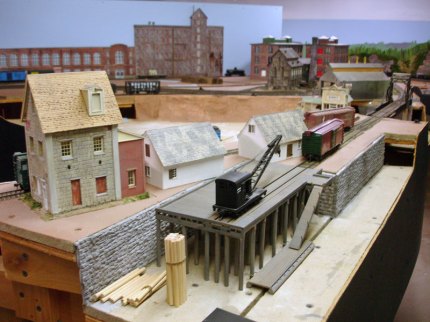 A section of John Sacerdote’s layout, currently under construction.

Next we drove over to John Sacerdote’s layout, an incredibly complex route designed for prototypical operation featuring 100% handlaid track. Both layouts were neat to see, and it was nice to be able to actually run a train. It was a good show this year, lots of interesting people to talk to and cool things to see. I enjoy this show, because it represents the culmination of my modeling year, and presents a chance to take stock of what I’ve accomplished and think about what I have left to do. For now, that means taking a few months off as I move to a new apartment which will give me a chance to organize my workbench and really develop a plan for my modeling.