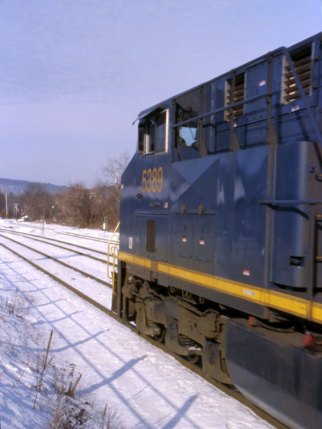 I got some slides developed recently, that have shots from as far back as January. I don’t exactly miss all that snow and sub-zero temperatures, but there are some good memories here from my last 8 months of railfanning. 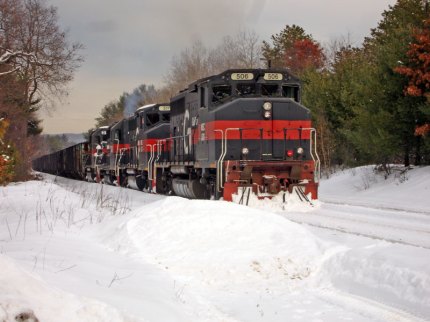 By chance we discovered the crossing at Lake Pleasant with this empty westbound waiting for a new crew. It sat there idling for a good part of the day. I posted this photo back in January, but this one has been lightend up a bit and looks considerably better. 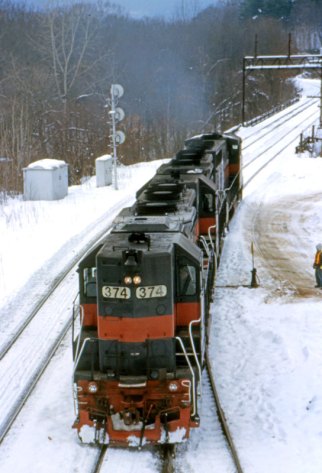 After the traffic at Palmer dried up, we moved north to East Deerfield and caught this brace of power being moved onto the service track, I believe these units had just come in on a train, though I can’t remember which one. 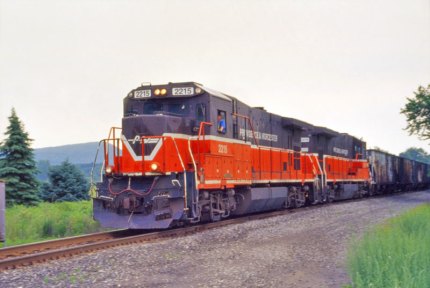 I got this shot at the crossing on N. Hillside Drive just off Rt. 5, I’d followed the train from Hatfield and got a number of good shots of it. It was nice to see some well maintained equipment on Pan Am, even if it didn’t belong to them. I really need to get out to P&W territory sometime. They have a nice operation.

After I took the previous shot I continued onto the yard and arrived in plenty of time to catch it coming into the yard. That was a good day to be trackside, nice weather, and a reliable train.

Coming back to the present, I spent a recent evening after work, at Palmer. Traffic was a little slow, but it was a nice evening, and I was happy enough to be outside. This I believe was the best shot I got all night.