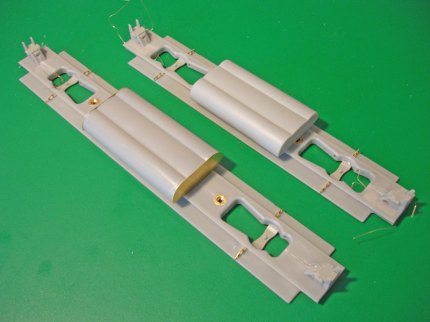 Work has progressed, albeit slowly, on the various Railflyer bits and pieces I’ve received so far. An in-law invasion last week, and various other commitments have limited my time at the benchwork, but since this stuff is all in kit form it doesn’t require that I waste any time brainstorming solutions to problems as I generally would were I working with a model from other manufacturers. As further inspiration, Ryan Harris has posted photo’s of his progress with two SD walkway modules: http://www.pbase.com/mecrharris/railflyer. 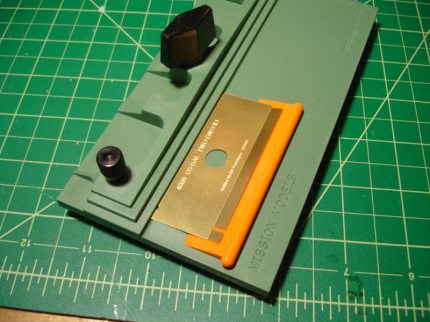 Bending the fuel tank top plate with an Etch-Mate 3c.

One of the first things I accomplished was getting the 4000 Gal fuel tank for my SD40-2 assembled. It’s a fairly simple process, exactly the same as the with the 3600 Gal tank I documented previously. Now that I have the PE, I could complete the assembly. I bent the top plate with my Etch-Mate 3C to match the contour of the tank and attached it with a thin layer of Barge + MEK. 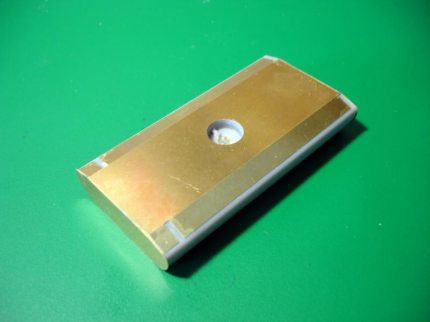 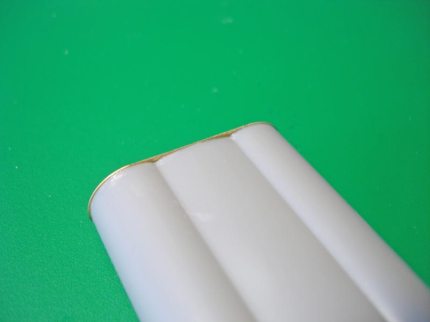 A close up of the edge created by the fuel tank endplates.

The end plates just needed to be detached from their fret and glued in place. The back side has a very precise depression that matches the end of the tank. Originally the Barge + MEK I used was too thin, and after a week or so, the end plates popped off. I added some more Barge to the mixture and reattached them. So far all seems to be well. I also found that running a thin bead of MEK around the edge of each brass piece really helps to seal everything up and give the parts a welded on look.

A development I’m particularly proud of is my newfound ability to do construction soldering. I purchased a wide array of equipment (none of it particularly expensive) from Micro-Mark and after a little practice was able to assemble an older step well I have left over from my GP40-2 project. I used a fine soldering tip attached to a Butane powered soldering torch with Tix solder and flux. I modified a Micro Mark soldering stand slightly with flat jawed alligator clips that grip the brass parts better than the serrated type. I’ll go into the equipment in more detail later, for now if anyone has any questions, just shoot me an e-mail. 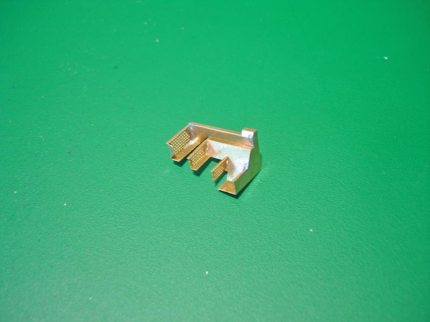 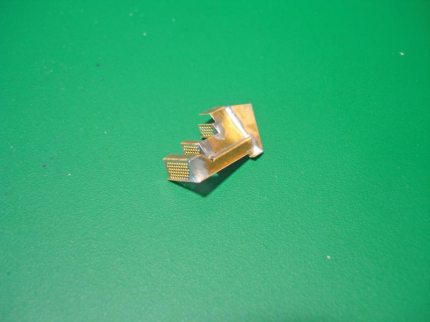 I need to clean up the step a bit with a file, but otherwise it is all done, and solid as a rock. The only part I had trouble with was the bottom step, but I eventually got it on straight. I didn’t have any problem with parts I had already attached falling off when I heated the step well to attach the next part. The clips act a bit like a heat sink, and Tix solder seems to melt at a pretty low temperature, so it was possible to keep the step well pretty cool.